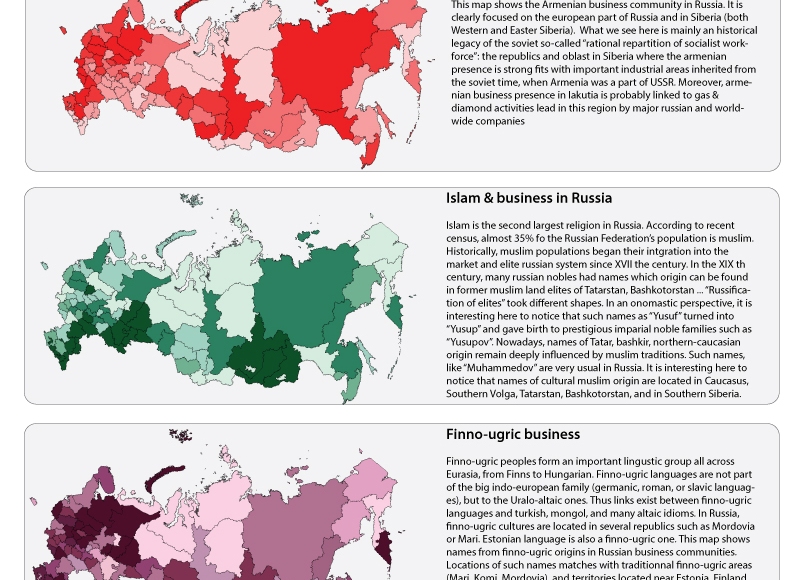 There has been a lot of confusion last week, in the aftermath of the identification of two suspect terrorists in Boston : Dzhokhar and Tamerlan Tsarnaev. Twitter mistaked Czech Republic for Chechnya and Czech Ambassador Petr Gandalovic had to issue an official statement. A twitter user from Bulgaria complained that in the US suddenly “anyone with a last name ending on -EV or OV is a supposed Chechen“. Sarah Kendzior’s article The wrong kind of Caucasian made a parallel with the case of Leon Czolgosz, a 28-year-old American of Polish descent who assassinated US President William McKinley in 1901.

Recognizing language and ethnicity is a critical function of the kind of name recognition software used by governmental security forces to match misspelled foreign names against existing watchlists. That the FBI didn’t know Boston bomber traveled to volatile Dagestan region in Russia in 2012 because ‘his name was misspelled on travel documents‘ is rather suprising.

Chechnya is a subject of the Russian Federation, but Chechen names are recognisable from ethnic Russian names. The onomastics of the Russian Federation are complex due to the large number of ethnic groups, the population transfers during Soviet times, the rural exodus and various other factors. The following article shows our analysis of a few name classes, to illustrate the underlying complexity. 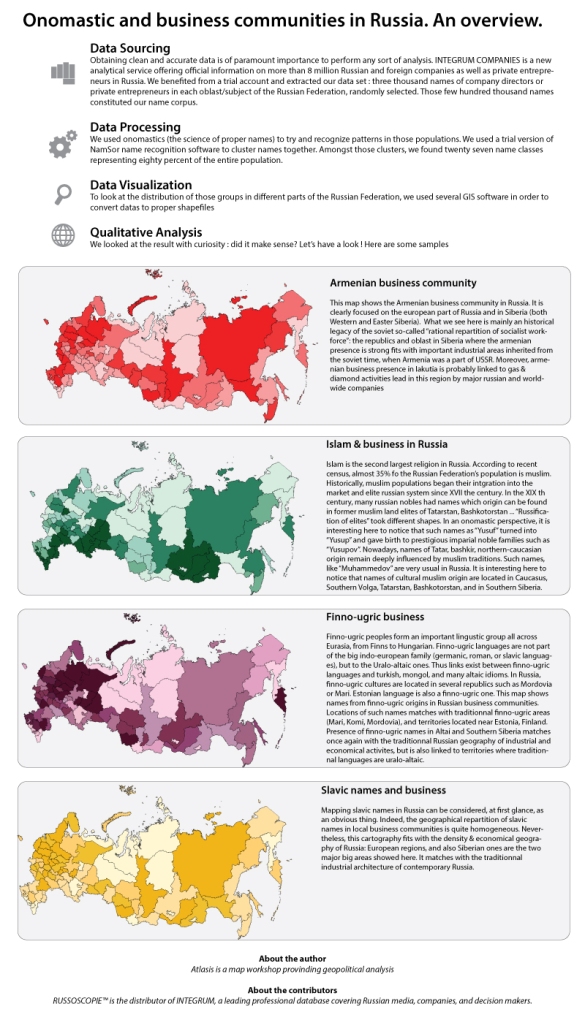 Atlasys is a cartography workshop specialized in geopolitical analysis.

NAMSOR™ is a provider of applied onomastics, sociolinguistics and name recognition software.